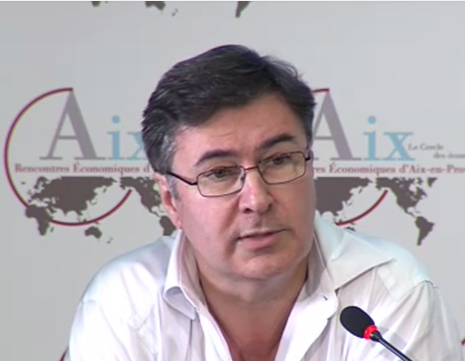 How can you strike a balance between training and labour supply, when today they do not necessarily seem to be in synch? But how can you also use education better to increase growth and jobs?

Against a background of rapid globalisation and technological revolution, the jobs market in developed countries is growing for high value-added jobs. This value-added has to be sought permanently through innovation. We have an innovation economy which alone can drive growth today. There are likely to be fewer medium-skilled jobs. Unskilled jobs can exist and even develop, but face difficulties due to the cost of labour. This brings us to the general consensus, through which we understand that the role of education is essential in dealing with the question of jobs and labour.

I am thus going to develop some key “macro” ideas – there are two well-established correlations as well as some ideas from various studies published on the effectiveness of education, in order to suggest some ideas to think about and open up the discussion.

A correlation has clearly been established between average GDP per inhabitant in OECD countries and PISA (Programme for International Student Assessment) test scores, which measure the quality of primary and secondary education, based on 15 year olds.
France has a specific problem: its PISA score appears average and has been falling for the past 10 years. Based on these scores, which measure basic skills (arithmetic, literacy, etc.), France was ranked 13th in 2000, with 511 points, and fell to 25th place in 2012, with 495 points. It has thus fallen backwards.
One also notes that more than 20% of students in year 7 have not mastered literacy and numeracy. We also know, and it is very interesting in France, that there is a very low correlation between the amounts invested in education and growth. In other words, of course, we need to allocate sufficient amounts to education; however, it is not always by using more resources that you achieve the greatest efficiency. Even within Europe, some countries, that have the same rate of budgetary spending to GDP as France on education, get much better PISA scores. This clearly raises questions…

In France, the lack of equal opportunities is a serious problem and it is getting worse.

For example, if we look at the rate of correlation between the income of parents and the income of children, or even between the qualifications of parents and those of their children, you will see that the stronger the correlation, the less social mobility there is. In France, the correlation rate, which was 19.6% in 2003, was 22.5% in 2012. At the same time the OECD average, which was 14.8% in 2003 fell to 14.6% in 2012. France is thus not only on the wrong side of the scale but has also regressed as concerns social mobility (i.e. equal opportunities), which means that growth, innovation and development are held back. We must add that in France, the percentage of students from disadvantaged socioeconomic backgrounds and among the 25% of young people who achieve the best scores is among the lowest in the OECD.

We need to question, without ideology and with plenty of pragmatism, what is going on in education, as we can clearly see that an effective education allows greater social mobility and creates more growth, and thus directly and indirectly more jobs.
The most common and varied studies (of several countries or one, of several comparable experiments, etc.) more or less draw the same conclusions. This allows us to open up the discussion.
• First point: the countries with the greatest success have always set up a system to combat academic failure from primary level.

To conclude, in France, although our advantages where education is concerned are remarkable, there is an obvious failure in these matters with a regression in equal opportunities coming in at a level lower than the average, many failures at school level and then at university… And then the qualifications obtained are still not well matched to the jobs available.

This statistic is important: the employment rate of 15-24 year olds in France is 28%, but in Belgium, the Netherlands and Germany it is 45%, and in Nordic countries, the United States, Canada and the United Kingdom, it is almost 50%.

In France, we are probably lacking a lot of pragmatism and the ability to analyse the reality as well as the ability to apply what works elsewhere, by correctly adapting it to our specific situation.

I will finish simply with this quotation by Bossuet that I like very much:
“God laughs at those who bemoan the effects whose causes they cherish”

Conference on « The rise of financial instability»