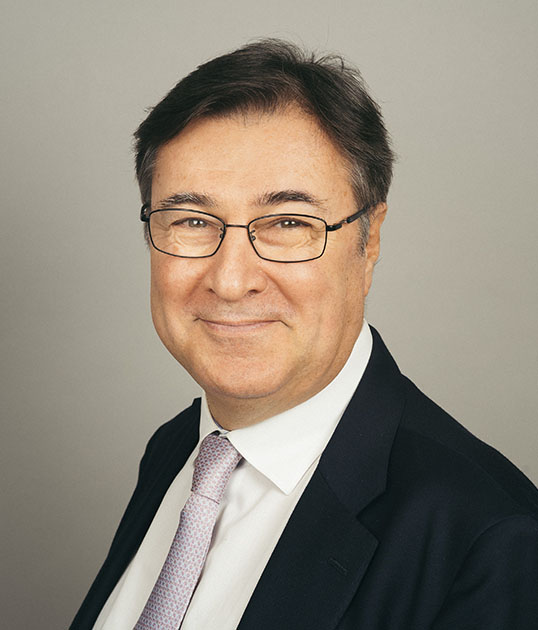 CEO of Group BRED since September 2012. Professor of Financial Macroeconomics and of Monetary Policy at HEC Paris.

Olivier Klein is both a graduate of the ENSAE, Graduate School of Economics, Statistics and Finance and graduated in Economics (Panthéon Sorbonne University). He also completed HEC’s Program in Advanced Finance and holds language diplomas in both Russian and English.

He was in charge of the Foreign Exchange risk and Interest risk management department for the bank’s major clients.

Then he created and managed the investment bank specializing in Acquisitions&Mergers and Private Equity.

He was then appointed corporate banking Regional Director of the Rhone-Alpes-Auvergne-Bourgogne-Franche Comté areas for medium and large sized companies. In addition, he was part of the working group that was in charge of the merger of Crédit National and BFCE which became Natexis.

In February 2010 he was appointed as CEO – Commercial Banking and  Insurance- of Groupe BPCE (Groupe Banque Populaire and Caisse d’Epargne) overseeing Banques Populaires, Caisse d’Epargne and Banque Palatine. At this time he was simultaneously both a member of the Board at Natixis and at CNP and was also the Chairman of the Board at Banque Palatine.

The BRED group has a retail bank, a corporate bank, a private bank, a trading desk, an asset management company, an insurance company and bank subsidiaries in South East Asia, the Pacific region, the Horn of Africa and in Switzerland.

Olivier Klein is also an Affiliated Professor of Economics and Finance at HEC and co-runs the Economics Major of the « Grande Ecole » and the ‘Managerial and Financial Economics’ Master’s program. He teaches « financial macroeconomics », « monetary policy » and « banking management and economics ». He ran the ‘International Monetary Issues’ course at the University of Paris Sorbonne-Pantheon from 1983 to 1985 and oversaw research groups at the ENSAE School of Statistics and Economic Administration in 1985-1986. He also was a member of the Scientific Committee at HEC and at Pantheon-Sorbonne’s Management Science PhD school from 1995 to 2005 and board member of the Ecole Normale Supérieure of Lyon in 2007-2008.