“What improvements are desirable and realistic for the eurozone from an economic and social point of view?” 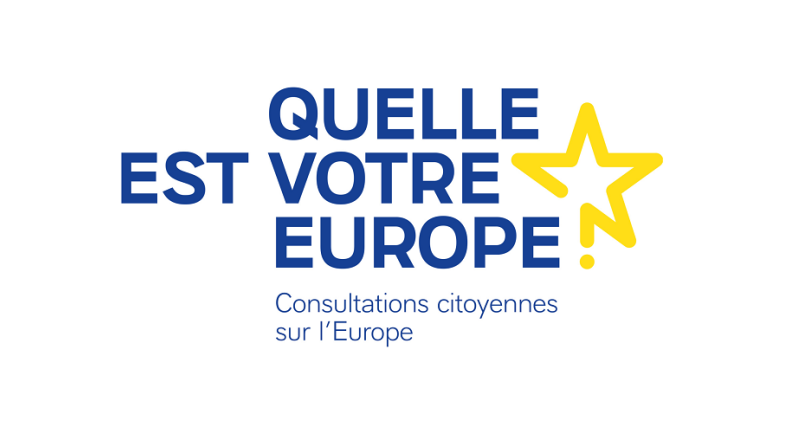 The European League for Economic Cooperation-French section (ELEC-F) has organised a Citizens for Europe Consultation, approved by the ministry in charge of European Affairs, on the topic: “What improvements are desirable and realistic for the eurozone, from an economic and social point of view?”.
This Consultation took place in two stages.

In the wake of Robert Schuman’s statement of 9 May 1950, the euro is one (and not the least) of these “concrete achievements which first create a de facto solidarity” that punctuate the construction of Europe. The 12 Signatory States of the Maastricht Treaty (1992) which took the major decisions, declared themselves “[determined] to promote economic and social progress […] through the establishment of economic and monetary union, ultimately including a single currency in accordance with the provisions of this Treaty”. Under the name of the euro, adopted in 1995, this single currency came into force in two stages, on 1 January 1999 and 1 January 2002, and the eurozone  currently has 19 members. What is our view today on the usefulness of the euro and desirable improvements?

The single currency brings a basic economic benefit to its members by eliminating exchange fees between them. Above all, however, it eliminates exchange risk, facilitating the movement of capital and business within the zone. A second advantage is the sharp fall in interest rates brought about by the creation of the euro in many countries in the zone, be it through the effect of markets until 2010, or later through the action of the ECB. These lower rates facilitate business investment and reduce the burden of sovereign debt (government bonds in the financial market); without the euro, France’s public debt service, for example, would cost an additional €50 billion per year, or 2.5% of GDP. It should be noted, however, that the low interest rates experienced by some Southern countries prior to 2010 led to overindebtedness in the private sector.

It is also worth adding that, if the eurozone were a complete monetary zone as in the case of the United States for example, it would allow for differentiated growth rates within the same zone due to the coexistence of current account balances, some of which are in deficit and some of which are in surplus. In this kind of situation, countries with current account deficits would not be led to seek a lower growth rate than that corresponding to their needs (demographic needs for example). With an optimal organisation of the eurozone, the external constraint would only apply to the boundaries of the zone and not to the limits of each country forming it. From a consolidated point of view, the eurozone is currently one of the healthiest areas in the world in terms of its current account and public debt as well as enjoying a stable currency.

The usefulness of the euro has also been demonstrated in major recent upheavals the freezing of interbank loans after the collapse of Lehman Brothers and the recession caused by the severe financial crisis; the explosion of “spreads” on the public debts of Member States, the threat of deflation, etc. The single currency protected every country in the zone in 2008 and 2009; if each country had kept its own currency they would have certainly been weaker in the midst of the major financial crisis. The ECB has since been able to implement an extremely active, useful monetary policy. In addition, during the crisis specific to the eurozone, the institutional mechanism was expanded, in order to strengthen the resilience of the single currency, with the establishment of the Banking Union and the European Stability Mechanism.

As is demonstrated by the opinion polls in all member states, citizens currently see the benefits of the euro in a positive light, as the single currency not only facilitates travel but also more importantly offers protection. However, the advantages of the euro need to be highlighted and explained more effectively.

It would then be clearer to citizens that a complete eurozone could provide Europe with the capacity to act as a global player on the same levels as the United States with the dollar today and China with the yuan tomorrow. This renewed impetus at European level should also enable us to combat the effects of the extraterritoriality of American power. All in all, the citizens of each nation could therefore have more control over their own destiny.

“Convergence between European countries”, a major objective of successive treaties, was effective until the 2008 crisis, with the notable exception of the issue of current accounts. Since the crisis, however, it has been replaced by differences in living standards and a widening of macroeconomic imbalances  between the member states of the eurozone  Thus, after an initial period of convergence, the situation since the financial crisis specific to the euro zone is one of divergence between its Member States which is structural, cumbersome and multidimensional and which will inevitably take time to lessen.

In the United States the private sector accounts for two-thirds of financial stabilisation (cross-capital flows between different States) with the remaining third being provided by the federal budget. The eurozone currently has neither.

This situation also reflects a geographical polarisation of production, which is concentrated in the northern countries and snowballs. Wage costs per unit produced have varied for a dozen or so years in a non-cooperative manner. Adjustments have therefore only affected southern countries in the form of “internal wage devaluations” and lower investment expenditure. These internal devaluations also have the collateral consequence of increasing actual debt (which is not devalued in parallel) and have had extremely problematic social and political repercussions. Salary re-evaluations in the northern countries are as yet in their infancy. Labour mobility is beneficial for northern countries but detrimental to those in the south. The divergent process is therefore cumulative.

Budgetary stability rules cannot be the only regulatory instruments applied in the monetary zone. In all events, they most certainly need to be simplified and revised. Structural convergence tools (structural funds) are abundant, poorly coordinated, ineffective and highly concentrated in non-eurozone countries. The European Stability Mechanism established in 2012 is an important non-monetary instrument in terms of guaranteeing financial support if a member state encounters an asymmetric shock. However, its working methods are felt to be too intrusive by beneficiary states and the European Parliament and are difficult to implement due to the established unanimity rule.

Overall these socio-economic divergences contribute to the mistrust of public opinion and the rise of sovereign populism.
Europe must find the path towards upwards convergence. It needs to rediscover the real reasons behind this community of interest. Subsidiarity must not get in the way of interdependencies between member states, which fully justify interactive cooperation.

Northern countries have a long-term interest in maintaining solidarity with those in the south as, if producers were to continue to move significantly closer to purchasers, a large dynamic, sustainable European internal market would be a major asset and preferable to commercialism. In addition, and above all, a possible break-up of the eurozone would certainly have dramatic consequences for countries in difficulty but would lead to a major revaluation of the currencies of northern countries, which would considerably weaken their own economy.

In our view, it is absolutely essential to maintain and consolidate the euro by completing the organisation of the eurozone:

It is important to highlight the benefits of the euro and the ways in which it protects citizens.  It is also vital to stress that the single currency strengthens the bond within the zone and creates de facto solidarity. It is a means of promoting peace. The destruction of the euro would have severe consequences for Europe.

We therefore believe that it is necessary to promote an educational campaign, notably in the form of a dictionary of received ideas, in order to combat inaccurate or even malicious rumours which abound concerning the history and outcome of European construction.

You can find the original summary here.