The necessity for structural reforms – my speech to the “Nocturnes de l’économie” evening talks, 2018. 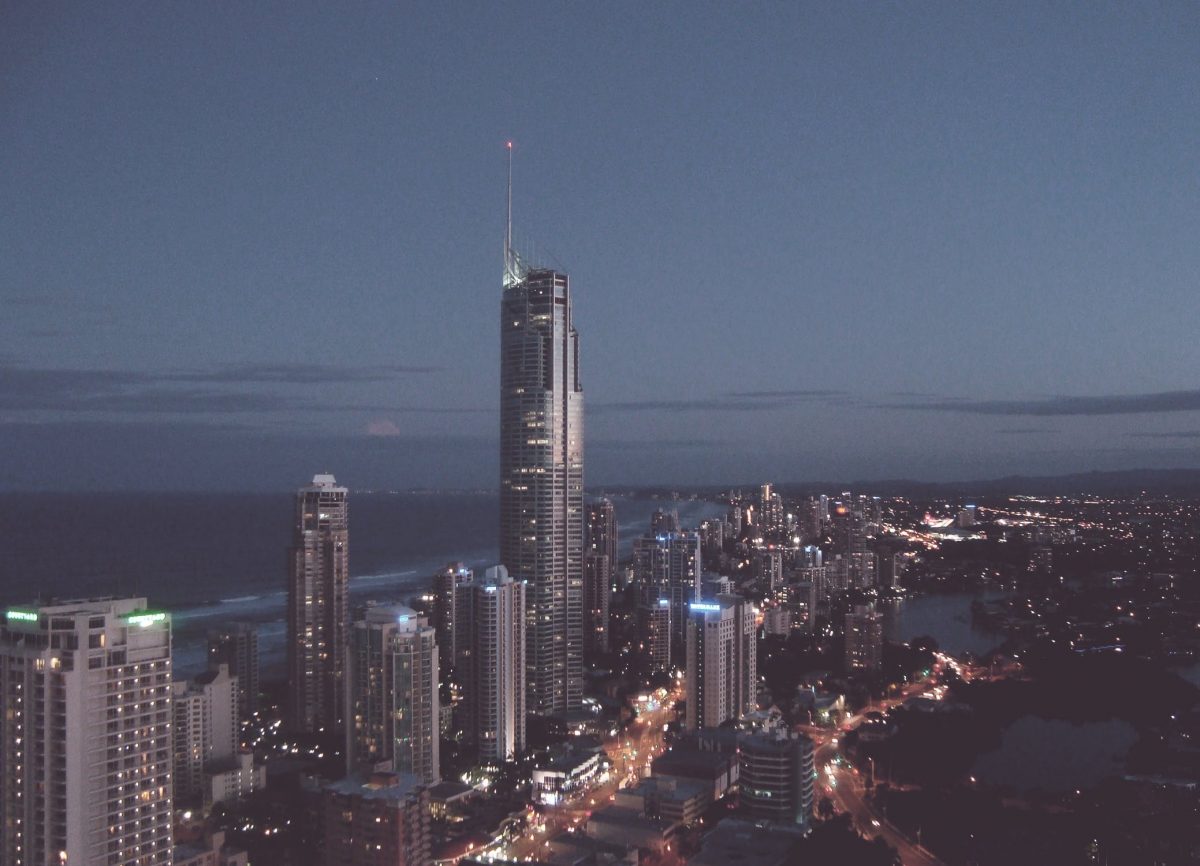 Structural reforms are often misunderstood because they are perhaps poorly defined or because the concept is too vague. In actual fact, their purpose is to increase an economy’s potential for growth. They do not have to entail cuts to wages and welfare payments through austerity policies. The two approaches are often confused.

Moreover, looking at the unemployment rate for young people, in France it is structurally about 25% for the 15-24 age group, while it is 7% in Germany. There is therefore obviously something wrong to examine.

I will only make comparisons during my short talk with countries in the eurozone so as to use comparable social structures, and not countries where social structures are very different to our own.
The second reason for increasing an economy’s growth potential is evidently to boost the solvency of the state and public services. And as a consequence of that, naturally, to improve the sustainability of social welfare and pensions

Furthermore, developed economies are having to face two revolutions, firstly globalisation which has now been going on for 20 years but really took off from 2000, and secondly the technological revolution of digitisation and robotisation. All in all, in developed economies in future, there will obviously be less and less repetitive work, less and less work of low added value, and less and less unskilled work. And if work of this kind disappears, there are two possible reactions in developed countries. The first is to try to lower the cost of labour, wages and salaries, and social protection, i.e. implement austerity policies to regain a competitive edge. The second is to try to improve value for money, obviously by seeking out what makes the knowledge economy worthwhile, what generates added value in production of goods and services, innovations. What I call “taking the high road”.

And to take the high road out of the crisis, to improve value for money, meaning to seek out added value and to stand out through innovation from the countries that are part of this globalisation, such as Asian countries, for example, there is only one possibility, namely structural reforms to improve value for money through innovation and the search for the best added value in production, i.e. the right positioning in the range of products and services manufactured.

Which is therefore the third reason to do so, entirely connected to the first two reasons, of course.

One very simple example, linked to the eurozone crisis. At the time of the crisis, southern countries experienced what economists call a “sudden stop”, i.e. an abrupt halt in financing the balance of payments deficit. Countries gripped by a sudden need to rebalance their exports and imports, were forced to suddenly curb their spending, consumption and investment alike, in order to loosen the binds of external constraints, at the cost of lowering their domestic standard of living through austerity policies.

It became clearer at the time that there were three possible situations in the eurozone. Firstly, situations like Germany, which had gradually built, through successful structural reforms, an economy that was industrialised and based on high added value.
Then there was Spain, which, in response to the catastrophe it was in at the time of the eurozone crisis, a result of the somewhat low added value of its industry and excessive private debt, could only slash wages and welfare protection so as to regain competitiveness, rapidly reduce its imports, and gradually increase its exports. This at the cost of a substantial drop in the standard of living. Which worked fairly successfully because now, in economic terms, Spain is doing quite well. However the consequences have been dramatic in terms of populism and countless impacts on unemployment, adverse social effects, etc.

Thirdly France, somewhat in between the other two, which in actual fact has labour costs similar to Germany and, by and large, industrial specialisation that is really not much better than in Spain. As a result, until the change in government and the launch of reforms, France was hemmed in by endless difficulties, with a balance of payments constantly in the red, whereas almost all the other countries in the eurozone were breaking even again or running a healthy surplus. France as a corollary was seeing an extremely high rate of unemployment, permanent public deficit, etc.

Structural reforms in a developed economy make it possible to avoid austerity policies if they are started early enough. That is, if we do not wait until the last moment, acting with a gun to our head and thus no choice but to adopt austerity policies to regain competitiveness, but caught in a race to the bottom, not taking the high road.

A number of structural reforms are therefore needed to increase the economy’s efficiency.

Because in a knowledge-based economy, there is no other solution for a developed country but to try to improve the education and training of the workforce. And we know that in France, apart from for the élite, this area is in decline. France ranks poorly in all of the OECD’s comparison criteria. And its rank is falling. This is obviously dangerous, as there is a fairly sound correlation between the employment rate in developed countries and the knowledge level of 15-year-olds, which is measured by tests in all OECD countries in the same way. This is the PISA test. Or there is the PIAAC test, also by the OECD, which measures competencies in terms of numeracy and literacy skills of use in the workplace. Here too, France is quite poorly ranked and gradually falling. Therefore, in actual fact, education in France is declining and is too low compared with the best-performing countries.

Levels must therefore be improved. In addition, work-related training in France is, as we know, not effective. It is not targeted as a priority to those that need it most, and costs a great deal for a very low return. These two points are priorities for the current government.

I might add that in France, for education, it is not a question of resources. The resources might be allocated poorly, but there is no issue with the level of resources overall. Public-sector education in France equates to 5.5% of GDP while in the eurozone excluding France, it is 4.5%. However, there are plenty of European countries that are much higher than us in the OECD rankings.

The divide between those who have a job and those who do not is totally unfair. The rate of unemployment in young people is obviously intolerable. Newcomers to the job market must have some chance of finding work. Workers in declining sectors need help switching to sectors that are on the way up. And everyone, during their lifetime, must have training opportunities to change their field of work, when they need them. This requires a solution to the unfathomable paradox specific to structural unemployment, whereby it seems impossible to achieve an unemployment rate under 9% yet half the businesses currently looking for staff are struggling to recruit, as economic growth returns.

This is a typical area for structural reform – how can we organise matters such that structural unemployment falls and the labour market is more efficient? One avenue to explore is “flexisecurity”, as has been done in Scandinavia, giving back some flexibility by providing decent security to those actively seeking work. And, once again, by reforming work-related training to improve its effectiveness.

The fact is that France is top of the class in Europe when it comes to public-sector spending relative to GDP and taxes and other deductions relative to GDP. And both figures are some 20% higher than the rest of the eurozone.

This difference could be viewed from the perspective that government departments produce highly quality services very efficiently, but OECD comparisons across all public services show that we rank only average among the countries compared in terms of public service quality, although we are among the highest spenders on those services. So in fact there is a large efficiency shortfall.

Some studies show, for example, that €6-10 billion per year could be saved on social security in France, quite simply by working better and more efficiently, without the multitude of structures that exist in different places.

Again, remember France takes nearly 40% more in taxes and mandatory deductions from businesses than other countries in the eurozone. This obviously has an effect on employment. Same applies to employers’ social security contributions, part of those deductions, which are about 65% higher in France than in the eurozone countries other than France. And the level of employers’ social security contributions correlates closely with levels of employment; so the higher employers’ contributions are, the lower the level of employment. This shows a strong correlation across all OECD countries.

Public spending on pensions as a percentage of GDP is some 40% higher than eurozone countries other than France. And our pensioners do not enjoy noticeably better retirement. But the difference arises in another area entirely. The employment rate for the 60-64 age group in France is 28%, in Germany 56.5%, Sweden 68%. Demographics make such a low level in France difficult to support financially and obviously it will be difficult to balance pensions until this problem is resolved. Even if progress is being made, much more remains to be done to track changes in demographics and do what some Scandinavian countries have done, and set retirement age as a function of life expectancy. In the 1960s, life expectancy post-retirement was about two and half years; it is now 24 years. There is obviously a major problem specific to France since we have reduced our retirement age, and not pushed it back as we ought to have done, and as other countries have done. Again, reforms are very much needed.

5) Innovation, R&D and value for money

What is missing? The fact that companies in France, between about 2000 and 2014, saw profit over GDP declining slightly, while all the other countries in the eurozone were more or less up, except probably Italy. And profit over GDP for French businesses is structurally lower than that in other eurozone countries. This means that if we do not leave businesses enough money to be able to invest in research and development and innovation, they are restricted to staying as they are. And if they do not develop in terms of quality of output and innovation in the world as it is, with its two revolutions in terms of globalisation and digitisation, obviously they are also less able to employ staff.

Last point on value for money. France’s labour costs are substantially the same as in Germany, but the quality, industrial specialisation and added value are too low. On average, naturally. There are some companies with very high added value. This results in France running a balance of payments deficit of about 2% of GDP, while all the other eurozone countries are breaking even or running a surplus.

There are reasons intrinsically linked to how the eurozone works, admittedly, but not just that. We must look closer to home for the main reasons behind our 9% unemployment rate. The government deficit has existed continuously since 1974, without exception. It has also climbed continuously, and now stands at 100% of GDP. Industrial output in 2017 was 90% of the 2002 figure, while in Germany it increased 22%. So France loses 10% and Germany is up almost a quarter.

These are the effects of applying inadequate structural reforms for too long. Even in the short run, it cannot be sustained. We either have to choose to do what Germany does, or what Spain has done. I’ll leave you to judge which seems preferable to me!