“Is human capital the future?” 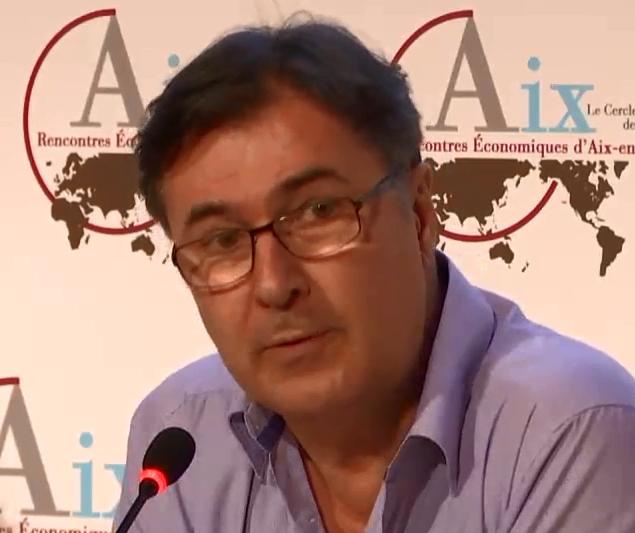 To re-establish sustainable growth, investing in people now appears to be imperative. Three major economic developments lead me to this conviction.

The innovation economy places knowledge at the heart of competitiveness

The first, as stated by Philippe Aghion in his excellent work on growth theory, is that we are no longer in a catch-up economy, as was the case after World War II. An economy in which we needed to re-establish demand levels, standards of living and, more generally, to catch up on those countries not affected by the war in the same way as us and therefore lagging behind much less.

In the 1980s our economy entered an innovation phase. Growth is clearly still a function of the dynamics of demand but, today, it is at least as much dependent on those of supply. The dynamics of supply are a direct result of innovation and R&D capacity. These are the decisive growth factors in the modern world. Technical progress, creative capacity and the creation and development of new technologies, and even the creation of new markets, are of critical importance.

This being the case, new growth will only be attained through significant investment in human capital.

The second point I would like to discuss links into and concludes the first: globalisation. The emerging countries are progressing and rapidly catching up on the developed world. They have no other choice but to innovate if they wish to remain on the path of high growth.

Firstly, an economy with a medium level of added value, producing mid-range products, which demands low levels of labour costs and social benefits in order to remain competitive with the emerging economies.

Secondly, a route which can justify the retention of high salaries and benefits, by seeking out high added value through high-end market positioning. We’re not talking about luxury here, but of production located on the high side of the technology curve generating higher added value, which can only be attained through reforms that encourage research and development alongside significant investment in human capital.

And we have two such characteristic examples in the eurozone. On the one side there is Germany, which has enjoyed a globally satisfactory growth rate with low unemployment, a very high current account surplus and zero budget deficit. On the other side we have Spain, which has been forced to reduce labour costs to “pull through” as its output lies in the middle of the range. For all that, its major efforts have borne fruit in economic terms, but have had the all-too-familiar socio-political effects.

For its part, France lies somewhere in the middle. In reality, its added value is somewhat average and has not reformed sufficiently to move up-range, or made much effort in the area of labour costs. It therefore has an unemployment rate twice that of Germany, lower average growth and high public and current account deficits.

The search for high added value production unavoidably calls for positioning at the frontier of technology, which requires investment in training, education and, more generally, in human capital.

In this light, it is important to stress that France has not been on the right path in this regard for some fifteen years. If we take the PISA comparisons from the OECD, which measure educational attainment at the age of fifteen in writing, maths, sciences and problem solving, France, which was already only in 13th place in 2000 with 511 within the OECD, was 25th in 2012 with 495 points. It has both fewer points and a lower ranking. This says nothing for the fact that over 20% of 11-year-olds are unable to master the basic skills.

The third main reason, both economic and entrepreneurial, is the introduction of digital. The digital revolution facing us not only changes customer behaviour, but clearly also that of employees.

The management and organisation of today’s company has fundamentally changed. A high performing company must now meet a growing demand for autonomy expressed on a daily basis just as much by the customer as by the employee. These developments call for a world that is much more horizontal than vertical. Employees need to understand, participate and feel more involved with less strict hierarchies. We must therefore expand collaborative working environments and give more meaning to the work of the individual.

And this is why management itself must change. Managers can no longer base their legitimacy on the control of access to information but on their ability to lead their teams, by positioning themselves in front of them and not behind, happy simply to supervise. They must provide direction by explaining and involving, such that employees feel fully motivated and committed.

Here, the clear objective is to have an attractive company with loyal employees fully signed up to the corporate mission. But it is at least as important to promote a competitive model, as this offers greater autonomy to employees and all other parties. This increased autonomy is essential if companies are to maintain flexibility in the face of all the challenges of the modern world, capable of adapting quickly and easily to ensure continued survival. Structures organised more into networks, leaving greater autonomy to their constituent parts, closer to both the customer and employees, are less rigid, less fragile. Conversely, vertical and more centralised hierarchies are less able to confront rapid and continuous change. So by introducing greater autonomy into the system – clearly while maintaining overall cohesion – companies are capable of absorbing exterior shocks, becoming more responsive, more agile and globally more resilient.

In this context, investing in human capital is vital in order to anchor the individual’s capacity to exert their autonomy. It requires continuous investment in training. It cannot be imposed from above.

Counting on intelligence to “come out on top”

Fundamentally, confronting incessant competitive change means relying on intelligence. To be an innovator, a creator and not a follower, at both the company and national level, to be competitive, to find solutions to “come out on top” in the crises we know all too well, to seek out added value, to be effective, to motivate employees, to be able to tackle incessant change – all of these challenges require investment in human capital.

In all modesty, we are continually seeking to “come out on top” at BRED. The banks are going through a very difficult period confronting the threat to their revenues, notably due to interest rate developments and over-regulation. We are seeking to offer our customers higher added value. This path requires investment in our men and women. And this is precisely what we are doing by making significant investment in digitalisation, by improving our tools and services for our customers and employees, but also by investing heavily in our staff to ensure that they are fully able to understand, share and co-construct the strategy and corresponding organisational structure at every level. In partnership with HEC, we have also created an internal management school at BRED which is working remarkably well, where we notably push managers to reflect on the very nature of the role of manager in the world of today and tomorrow.