Exiting the ECB’s unconventional monetary policy is necessary, but difficult. 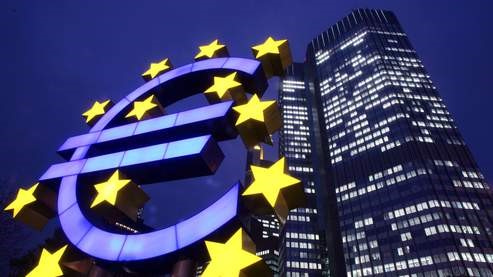 On 26 October, the ECB (European Central Bank) will probably announce how it is planning to recalibrate its current highly accommodative monetary policy. Primarily consisting of massive purchases by the ECB of sovereign and corporate bonds and the introduction of negative interest rates, this policy has proven its usefulness in combatting the risk of deflation and the disintegration of the eurozone. It has, therefore, been effective.

Gradual withdrawal of the policy now appears necessary. Deflationary fears are now behind us, growth in the eurozone is confirmed and the unemployment rate has fallen considerably. Although we are experiencing stubbornly low inflation, continuation of the policy entails significant risks.

Through a policy of very low and even negative interest rates, below the nominal growth rate, the ECB, by supporting borrowers, impacts the remuneration of savers and lenders. Germany, a country of declining demographics and thus more sensitive to this situation, reminds the ECB regularly of this. Furthermore, and whether or not they are contractually required to deliver minimum yields, institutional investors (insurance companies, pension fund managers, etc.) may therefore be inclined to extend the duration of their investments and accept higher counterparty risks in exchange for higher remuneration. Should it continue beyond its necessary duration, this policy could cause future financial instability.

Additionally, such a policy may encourage speculative behaviour, a cause of bubbles, consisting of borrowing at low rates in order to buy risky assets (equities or real estate) in order to benefit from the yield differential. Yet, although such bubbles had not clearly been seen until recently, certain assets appear to have been experiencing quite rapid price hikes over the last few months, both on the US equities markets, for example, and on real estate markets of a number of large American and European cities (including in Germany).

By seeking to position long-term interest rates at very low levels, it destroys the differential between banks’ lending rates and the rates applicable to their sources of funds, while savers’ bank deposit rates cannot fall below zero. But this interest margin constitutes a fundamental building block of retail banking income. In the case of France, for example, since 2016 this negative effect has not been offset by higher lending volumes and a lower cost of credit risk, due to the same very low interest rates. Yet at the same time, results from their other activities (investment banking, international, insurance, etc.) have enabled them to generate very good overall results. Consequently, sooner or later the lower income from retail banking in domestic markets runs the risk of impeding their ability to support lending growth alongside resurgent economic growth, at a time when the solvency ratio demanded under prudential rules continues to rise.

For all these reasons in particular, the start of normalisation of the ECB’s monetary policy has now become necessary. It would also enable the institution to re-establish vital room for manoeuvre to combat any future cycle reversal, particularly as the budgetary policy of many European governments currently has little room for manoeuvre given their levels of public debt.

To implement this turnaround, from 2014 the US Federal Reserve commenced a gradual tapering and subsequently ended its asset purchase programme, and finally gradually increased its key rates (short-term rates). The ECB will probably announce its own tapering plans on 26 October. By deciding to unwind its asset purchase programme very gradually, and by first of all stabilising its stocks, it could trigger a very prudent rise in long-term rates over the coming years. At the same time it could also raise negative rates towards zero, a situation that can only exist in very exceptional circumstances. Key rates would only be raised after this first step.

The rates rise will be managed very prudently, as it also involves significant risks. It could cause major market shocks if it is very sudden and poorly anticipated. Similarly, in view of the high levels of sovereign, corporate and household debt, it can only be implemented very gradually. The euro has already risen sharply against the dollar. With the rise of our currency clearly having an effect which could counteract anticipated inflation growth following higher economic growth in the zone, the ECB cannot, however, run the risk of accelerating the revaluation of the euro while it is seeking to get inflation back up to around 2%.

The policy implemented by the ECB has, in practice, been designed to buy time for the eurozone, to enable its states to carry out structural reforms and to make the necessary modifications to the institutional and organisational framework of the monetary zone itself. As the policy cannot last for ever, it is becoming all the more imperative for the countries concerned to implement such reforms in order to enhance their competitiveness (quality/price) and sustain their growth potential. And consequently, in the absence of austerity policies, to reduce public deficits, including welfare, and structural current account deficits. The objective must be to create the foundations of a strengthened eurozone, through better coordination, with greater solidarity and where all members will be able to improve their growth potential.