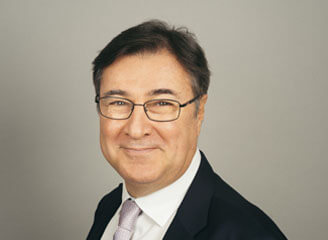 The eurozone crisis that erupted in 2010 had an idiosyncratic, eurozone-specific dimension. Historically, monetary unification occurs when there are centralising powers in a country or powers which federalise when we are a set of States. In each case, a budgetary policy – or a federal budgetary policy – is needed, as well as a sense of solidarity with a community of interests of the people who reside there and public debt, which is fundamental. With, accordingly, the construction of a central bank of last resort. Under these conditions, federated regions or States may not have the same economic structure or even the same economic situation. Why is that? For the Federated States, there is a coordination of budgetary policies and a federal policy. Transfers are organized between regions through the national budget, or between federated States by the federal budget. All social rules – such as labour – are unified and facilitate labour mobility. Finally, there are rules that are shared by everyone to build trust. And supervision makes it possible to legitimize and strengthen solidarity and the sense of a community of interest.

Under these circumstances, the advantages of having a single currency are very great. First, there is a unique reference and no intra-zone instability due to changes in exchange rates. If, for example, in the former European Monetary System (EMS) the dollar fluctuated against the Deutsche Mark, the French franc mechanically weakened against the Deutsche Mark causing asymmetric shocks that were only due to the movements of the dollar and which, in reality, led to internal disruptions in the zone. Of course, this type of situation is no longer happening with the single currency.

Then, with the single currency, there is only one constraint outside the boundaries of the monetary zone. It is therefore no longer a problem that, on the one hand, there are current account deficits and surpluses on the other, because only the external constraint matters for the entire consolidated zone. Some countries can therefore grow faster than others according to their needs, for example according to their demographics. Thus, if countries have a population that is growing faster than others, the need for additional growth can be very easily justified and financed by countries that aren’t going as fast and have surpluses.

However, if there is no strong labour mobility – in any case facilitated by tax regulations, labour regulations, unemployment regulations -, if there is no real coordination of economic policies and there are no organised transfers, then the methods of adjustment in an incomplete monetary zone, which does not have the possibility for devaluation or revaluation of one country vis-à-vis others, provides only the possibility of internal devaluation. That is to say, basically, they go with the lowest-bidder in terms of labour, wages and regulations. With, in addition, a debt that remains at the same value, which does not devalue itself while income declines, therefore resulting in perverse effects. In addition, when several countries have to adjust downward at the same time, a very low structural growth bias emerges, which obviously leads to economic, social and political problems that we see clearly growing worse in Europe.

So this does not mean that we shouldn’t adjust by making structural reforms to increase growth potential. It is necessary to increase economic efficiency through structural reforms, which are not equivalent to austerity reforms. But if the monetary zone is not complete, the proposed horizon is structurally blocked. The same applies to cyclical convergence policies, with convergence indicators to be followed in advance. If they are done well, these indicators are the foundation of the possibility of solidarity between the various elements of the zone. But they did not work as the only avenue of integration. Contrary to what some might have believed, they cannot replace the incompleteness of the single currency zone. The mere belief in the fact that the convergence criteria, had they been met or if it had been possible to allow only the countries that complied with them at the time to enter, was sufficient to produce a monetary zone with normal growth and normal functioning, failed. One of the reasons is that a single monetary policy, based on the inflation of the member countries, does not provide the same real interest rates to the individual states. This obviously leads to differences in economic conditions. A single currency can also favour industrial polarisation. Until the crisis, there were current account polarisations between the countries of the South, which accumulated deficits and de-industrialisation, and the Northern countries, which multiplied surpluses. We must add to these polarisations the errors of the markets that believed that all long-term rates could converge, even though it was not the external constraint at the borders of the eurozone that should have been considered but the borders of each country. Many contributing factors have thus facilitated the explosion of the crisis and did not allow for internal regulation, simply because the convergence criteria are not sufficient to compensate for the incompleteness of the area.

Unfortunately, the crisis has aggravated the lack of desire for European integration, and this is not only true in the countries of the South. Northern countries are even more wary than the countries of the South. However, federalism is a useful condition for making a meaningful monetary zone. And putting the euro to an end is not a desirable solution because it is a valuable collective good, provided that the means of regulation enabling the advantages mentioned above are combined. We are therefore faced with a dilemma: while federalism is now virtually impossible to put in place, should we put an end to the single currency, which is a precious common good, provided that it has the right method of organisation?

Institutional arrangements may exist to build an architecture that is favourable to the single currency, without tackling the issue of federalism head-on. The crisis has created many elements of the solution: the ECB, which is now able to purchase debt, not just public debt, the European Stability Mechanism, the Treaty on Stability, Coordination and Governance, the European Banking Union. But the sum of these instruments has not yet resulted in a complete system, and the overall architecture itself is still insufficient. It is therefore necessary to find other possibilities to advance while avoiding the pitfall of the fear of federalism and at the same time protecting the euro.

Responses in the post-speech debate

Of course, language is a natural handicap for Europe compared to the United States. It is nevertheless possible to facilitate the mobility of the labour force outside of major moments of crisis through social harmonisation of labour regulations, as well as by unemployment benefits. The fact that an unemployed person loses his or her right to benefits by leaving a country obviously does not facilitate mobility.

When we talk about “institutions”, these are not only legal institutions, but rather economic institutions within the meaning of economic theory. That is to say, all the rules, whether written or not, that make the global modes of regulation, beyond the legal rules alone.

Should we think Europe as a pure economy and not as a community of destinies with a shared cultural vision? There is obviously a shared European destiny and many shared cultural visions. However, some national facts are strong, irreducible, and naturally lead to the question of sovereignty. Much better communication policies and strengthening of the production of a common culture are certainly essential, but not sufficient. A pure economic community, with only common regulations, cannot function properly. Because the eurozone is not complete due to the lack of this vision, of this community of genuinely shared interests. First of all, we need to rebuild trust, because there is no solidarity between people without basic trust. This trust is essential, and it warrants supervision. There is no construction without supervision, simply because one cannot be endlessly united without being able to verify that people fulfil their duties. Each country must therefore conduct its own structural policies, not to lower its standard of living, but to improve the efficiency of its economy and build the confidence of its people. With confidence, it will be possible to trigger several essential elements. First of all, the necessary coordination of budgetary policies. Secondly, industrial policies at the European level, in order to develop clusters of competitiveness and prevent the emergence of deserts. Otherwise, there will be permanent transfer policies for these deserts. Finally, when the market no longer finances the current account deficits by the current account surpluses of the others, structured methods of organisation are needed to do so. This is obviously a crucial issue, since the eurozone crisis was essentially caused by a major current account deficit problem and the foreign debt of various countries.