09.28.2017 7 min
Share this post
Transcription of the speech by Olivier Klein to the round table : Is the euro still a true vector of wealth? 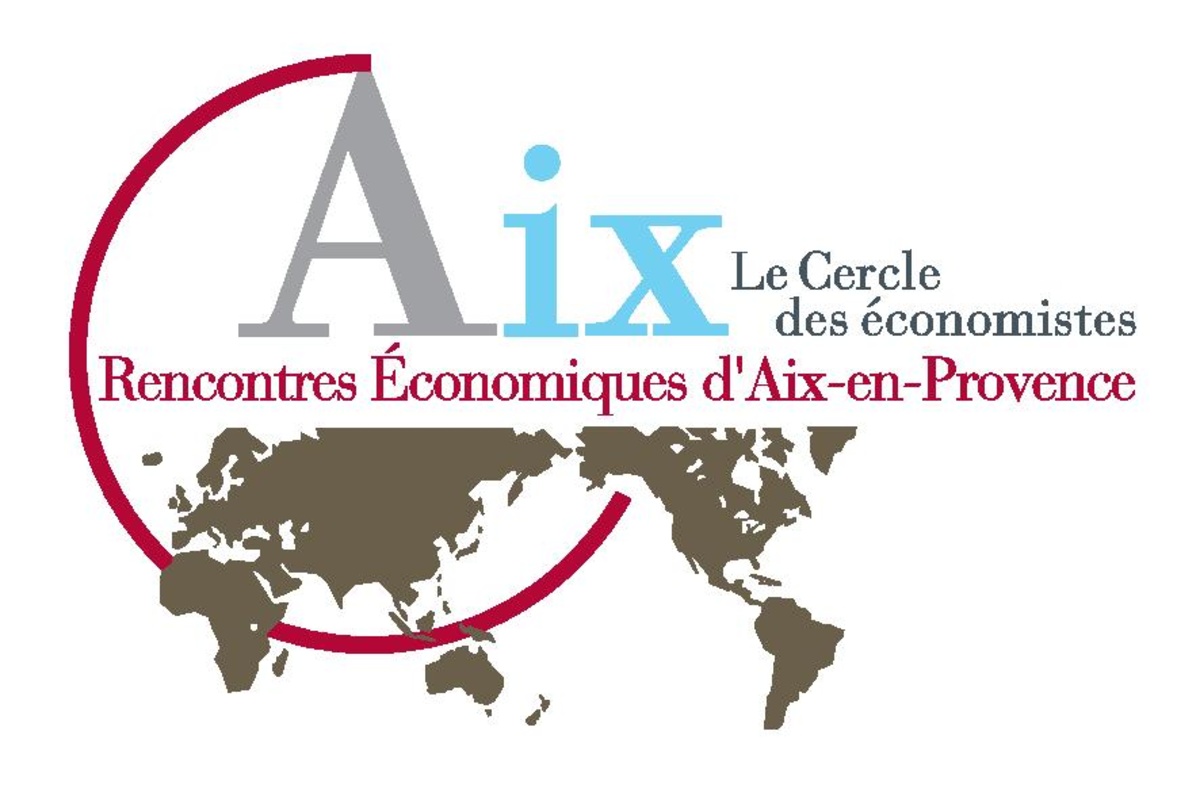 The success of a currency area depends on the monetary policy which is implemented in it, but, more fundamentally, on the way it is organised. There are organisational modes and operating modes which facilitate or otherwise the creation of wealth and which we need to speak about here.

Firstly, when the eurozone was created it was to offer the citizens of the zone the possibility to share a single currency, which was a strong and very positive symbol for Europe. It was also to facilitate intra-zone exchanges because currency risk thus no longer existed. Yet we know that when we facilitate exchanges, we positively impact the growth rate. There was one final objective, that of displacing the external constraint of the borders of each country to the borders of the zone. It was a very important argument at the time. When you manage a series of highly interdependent countries and the external constraint is expressed at the borders of each country, you quickly encounter obstacles to growth. One country which has more need for growth than another, for example, because it has a stronger demographic, may experience a growth differential in its favour compared with its neighbours and partners and thus see its imports grow more than its exports.

Accordingly, it will rapidly encounter a current account balance deficit which is difficult to bear, which will limit its growth. This is what already happened to France, compared with Germany, before the eurozone. The idea that the external constraint in an optimal zone, in a complete monetary zone, is exercised at the borders of each country, obviously gives additional degrees of freedom to increase the overall growth level. The critical balance of the current account is that of the sum of the current account balances of the countries, some of which are positive and others negative. The principle of this is very interesting, therefore.

What happened in actual fact?

Where does this double movement come from? In fact, the conditions of the sustainability of the stronger growth of the southern European countries after the creation of the euro were not there. Why? Precisely because the organisation of the eurozone did not provide for the institutional arrangements permitting this sustainability. And this growth, in part, was achieved on credit simultaneously during this first period, so there was a very contrasted change in industrial production. We saw the zone’s northern countries grow their industrial production and a decline in the industrial production of the southern nations, including France. Obviously in a quite correlated way, even if the correlation is not total, we saw the current account balance move totally differently between Germany and the Netherlands, for example, which had a 2% GDP surplus before the eurozone and which rose to an 8% surplus over recent years, from 2008 onwards. Yet the eurozone excluding Germany and the Netherlands, went from a current account balance of 0% in 2002 to -6 % in 2008-2009. We thus have the northern countries which top the group, if I take the example of Germany and the Netherlands, at an average surplus of 8% of their current account balance, in 2008, whereas the others are posting a deficit of 6%! The difference is considerable and caused, for most of the southern European countries, a serious balance of payments crisis from 2010 onwards. The growth differential over the same period was not sustainable, therefore. Clearly, whereas a catch-up was occurring in terms of per capita GDP, other differences were being created. All this is largely due to intrinsic defects in the construction of the zone, but also to divergent structural policies of certain countries with respect to others.

One of the reasons for the eurozone’s major economic crisis between 2010 and 2012 is that we did not create a complete monetary zone and that we did not put in place coordination of economic policies, encouraging the wealthy countries to drive growth upwards and provide fresh impetus, thus alleviating the pain for those which had to slow down. This is a great shame but I think that there is no reason why we could never achieve this. Secondly, we have no mechanism for mutualising public debt or budgetary transfers from the countries doing the best to those doing less well, as is the case between states in the United States. In a single monetary zone, in principle, these mechanisms must exist which enable excessively strong asymmetric shocks to be avoided.

In addition, upstream, due to structural policies not having been put in place by the southern European counties, the creation of the eurozone, of the single currency, has facilitated a dynamic of industrial polarisation to the benefit of the northern countries. Industrial production has partially moved to the countries which were the strongest industrially and which have thus accentuated their advantages, favoured by the creation of the eurozone. This was not done without efforts on their part, since they accentuated their advantages thanks to their structural reforms, but also thanks to the eurozone mechanics. Investments spontaneously move to where physical and institutional infrastructure (production conditions, networks of subcontractors, training, job market, etc.) are the most favourable whereas there is longer a currency risk between these countries. No more need to invest as much in production in certain southern European countries since the fear of being able to sell less in the event that they devalued their currency is gone. Moreover, since currency adjustments are no longer made, if we have no policy to help with convergence, the following phenomenon occurs: we give a bonus to the countries which are the strongest and which no longer incur the readjustment of competitiveness by the devaluation of the currencies of the other countries. This is the equivalent of a regular under-evaluation, of Germany in reality, over time.

The economic crisis of the southern countries, caused notably by this partial deindustrialisation, which has greatly contributed to the crisis in their balance of payments, has also been largely due to the single monetary policy which has resulted in creating an interest rate which corresponded to the requirements of the average of the countries in the zone and which, for this reason, for the countries which were growing the fastest and catching up, has given too low interest rates which has meant facilitating the development of, in particular, real estate bubbles or credit bubbles, very visible in certain countries, which later burst.

All this has been reinforced by the fact that the financial markets failed during the period, as from 2002 to 2009 there was no self-regulation of the long interest rates which, despite the circumstances described above, constantly converged towards the German interest rates, the lowest in the eurozone. Accordingly, the countries which constantly increased their overall debt level or their current account balance deficit, did not get a wake-up call. If the markets had worked correctly, their interest rates should have increased to ring the necessary alarm bells to ensure that countries regulate themselves better and limit their external debt and their current account balance deficit.

In fact, the lack of balanced and symmetrical adjustment mechanisms shared by all the eurozone countries, the lack of sufficient institutional arrangements (such as the coordination of the economic policies, the absence of budgetary transfers, etc.), but also the lack of structural reforms in each of the southern countries constituted the basis of the crisis which erupted in 2010. As previously explained, this was a classic balance of payments crisis, a sudden stop of the southern countries. With a stop to the mobility of private capital which stopped being poured into the southern countries whereas they were doing so naturally before that from the northern countries, which, symmetrically, experienced current account surpluses. This caused asymmetric adjustments. These countries, which did not have not the above-mentioned institutional arrangements which would have been opportune available to them, had but one possibility: to adjust downwards in isolation. By reducing their employment and social costs, by reducing their production costs, thus by implementing austerity policies, in order to reduce their imports on the one side – when demand is reduced, imports are automatically reduced – and on the other still reducing costs, by regaining competitiveness to drive their exports back up. This obviously has a high social cost and a very important political cost.

In conclusion it must be said, very fortunately, that the ECB saved the eurozone in 2012. It saved it because the ECB ended the vicious circles that had become rooted in it and which were having catastrophic effects. The vicious circle between the nations’ debt and interest rates. Interest rates which were going sky high, were increasing even further the weight of the nations’ debt, which were leading in turn to a further increase in interest rates. The ECB also interrupted the second vicious circle which existed between the nations’ public debts and the banks of the countries concerned. Since the banks held the nations’ securities, the banks increased the perceived risks as to their solvency, since the nations were in bad shape. But as the nations were obliged to refinance or recapitalise the banks, they seemed at greater risk themselves. The ECB, by various appropriate measures and stances, saved the eurozone.

But the ECB cannot permanently – and it says it itself very clearly – be the only one to bear all the efforts. It does so remarkably, but it does so to buy time from governments which have to do two things, which is also rightly and incessantly repeated by the central bank. For the southern European countries and France, structural reforms must be carried out because it is this which bring the extra potential growth and will facilitate their solvency trajectory. Germany will make no efforts if the other countries do not make structural reforms because, from its point-of-view, there is no reason to show solidarity with countries which would not make the necessary efforts to avoid being in a position to repeatedly call for aid. This is a crucial factor. At the same time – and the central bank says so too – new institutional arrangements are needed to re-establish the capacity of the euro to create wealth in the eurozone, and thus a few factors of solidarity, coordination and sharing of the steering of the zone’s economy and, undoubtedly, major European projects useful for growth.

If we achieve this we shall reunite with the promise of the euro and of Europe. France has a large contribution to make. It seems to have understood this.