«Lack of growth and lack of reforms: time for action» 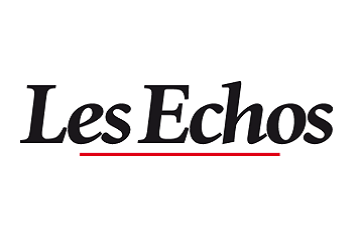 The structural reforms capable of improving growth potential and the efficaciousness of the economy are today well known. The question is not one of political left or right. There is an economic and social urgency for stemming French decline and defending our model by rendering it sustainable. Why are we experiencing so many difficulties in resolving the twin problems of the French economy, lack of growth and lack of reforms?

Our conflictual culture – left/right, employers/employees, rich countries/poor countries, multinationals/peoples etc. – should no longer blind us from reality and the need to deploy necessary and tangible concrete solutions.

Another hindrance on reform: a historically super-powerful centralising government. This organisational structure, once useful for France, is no longer adapted to a global economy and a society organised in networks. Digital technology has changed the relationships with authority. By its omnipresence, the State intermediates in the relationships between each citizen and society, between each citizen and other citizens. Instead of feeling responsible towards the collectivity, the individual expresses strong demands of Government. Everyone then rejects reforms, distrustful of the reality of the effort required from others and questioning the inability of the State to take charge of all problems.

Simultaneously over time, powerful corporatist interest groups have been established. Trade unions are not truly representative within private enterprises. The result: a vacuum of social construction, a kind of “social corporatism”, duplicated by “social technocracy”*. This makes it difficult to think in symmetrical fashion of one’s duties as well as one’s rights and to accept reform.

Add in a historic cultural heritage which frequently makes compassion the alpha and omega of political action and media debate and prevents us from seeing things as they truly are or giving ourselves the means to correct the situation. Declining competitiveness, high unemployment, the exclusion of far too many young people from the labour market, increasing inequality of opportunity, average skill levels too low relative to other countries… Confronted by the reality of the facts, compassion cannot serve as a policy and exempt us from overcoming a certain number of fixed ideas and specifically French ways of thinking.

Fortunately the French are becoming aware of the limits of inadequate competitiveness. Rules which are too restrictive. Abuses which are all too frequent and uncorrected. And permanent public deficits caused by a public sector which has long not adequately strived for efficiency in the system, resulting in expenditure of GDP (and so of taxes) among the highest in Europe, whereas the quality of public services is only average.

Our citizens are now learning, on the strength of the examples set by foreign neighbours, the benefits of the reforms needed to end this suicidal downward spiral and to protect our way of life and our standards of social protection, to enable the happy and necessary conjunction of living in society and fostering entrepreneurship. In a society founded on fairness.

This new awareness should allow governments to combat the specifically French atavisms and to find credible answers to questions so that the French cease to be one of the most pessimistic populations in the world regarding the collective future of their country.

Relying on public opinion, perhaps daring to conduct referendums to counter corporatist opposition, the government must have the courage to find the way towards change, to explain implications and to convince the population. A reduction in public expenditure is of course a must, but with an overall plan for effective reorganisation of the public sector. But again, reform must be free of ideology, notably with regard to the employment market and the pension system, to take into account the increase in life expectancy and to balance the books. Finally, competitive policies must be implemented, notably by reducing taxes and the social security contributions of enterprises. All these changes together will make possible, despite our constraints, long-term protection of our standards of living and social protection, combining in the medium term an increase in growth and a reduction in public deficits.

There remains one key element: how to formulate the right programme and the right support. We must trust that if the pathway followed is virtuous and resolved, the rate of change will be adjustable.

«Complement to the article : 13 graphs»

Donwload «Lack of growth and lack of reforms: time for action» (PDF)